Game Highlights: Hungenberg takes a no-hitter into the 6th inning to shut down Sterling offensively, while the Reds score twice in the 2nd inning, once in the 3rd inning, and then put up 4 runs in the 5th inning to seal the victory with the offense led by Kelly, Swain, Nation and Dominguez who each put up two hits, including a 2-run home run from Dominguez to put the Reds on the scoreboard in the 2nd inning. Dominguez also earns a save as he sets Sterling down in the 7th inning.

Game Highlights: Dominguez throws a one-hitter to lead the Reds in a tightly-contested game. With the win, the Reds qualified for the State Tournament by guaranteeing a top 4 spot in Districts. The Reds went on to lose their final two games of the District Tournament.

Game Highlights: The Reds explode for 10 runs in the 4th inning led by two doubles from Anderson to put the game out of reach. After trailing 1-0 after one inning, the Reds climbed back with a run in the 2nd inning and 3 more runs in the 3rd inning before scoring 10 in the 4th inning. Dominguez pitches the entire 5-inning game, shortened via the 10-run mercy rule, and scatters just 6 hits and only allows one run until after the Reds built a huge lead. Then with no outs and runners on the corners with the 10-run lead, Dominguez ends the game with two strikeouts and a groundout to save back innings for later in the tournament. Barrios posts 3 hits with 2 RBI and 3 runs scored, Anderson, Swain and Garretson each get two hits, and every starter in the lineup puts up at least one RBI for the Reds. 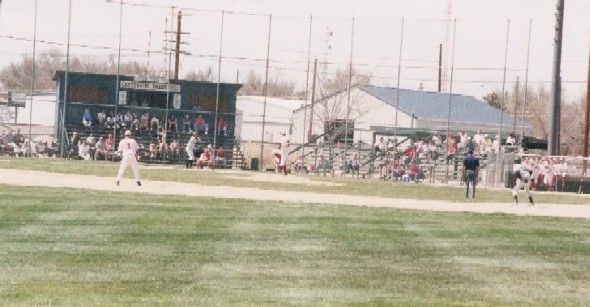 Game Highlights: Hungenberg pitches a three-hitter with 9 strikeouts and just 2 walks holding down Fort Morgan as the Reds put up 3 runs in the bottom of the 1st inning and cruise from there. The Reds add one more run in the 4th inning, and then after allowing an unearned run in the 5th inning, the Reds add two more runs in the bottom of the 6th inning. Swain hits a double and knocks in a run, and Barrios and Nation each post an RBI while Kelly knocks in 2 RBI. 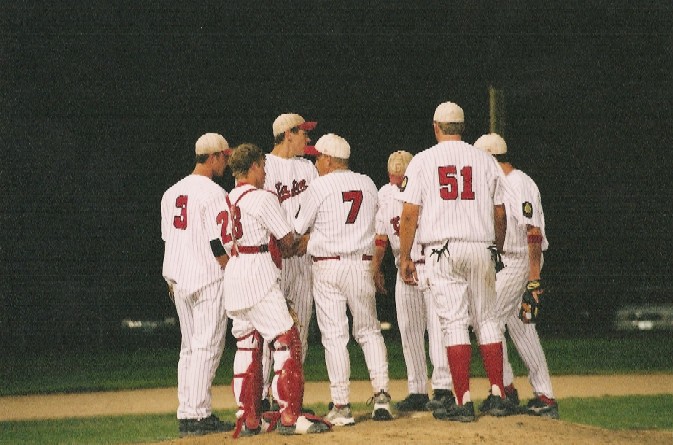 Game Highlights: Dominguez throws a no-hitter and nearly perfect game through 6 innings, facing the minimum number of 18 batters, and Lawhead comes in to finish up the no-hitter in the 7th inning. With the Reds just one win away from a State Championship, the no-hitter for Dominguez takes a distant second place in priority to having him available for the Championship and/or "If" Game, as he turns in a near perfect game in which only two batters reach against him on errors, and he then picks off one of them, and tags the other one out at the plate trying to score on a wild pitch after being sacrificed to 2nd and then 3rd base. Dominguez records 8 strikeouts. With the game tied 0-0 through 3 innings, the Reds put up 7 runs in the 4th inning to blow the game wide open, as the offense is led by Garretson with a double and 3 RBI, 2 RBI from Swain, Walker, and Hungenberg, and Barrios hits two doubles. 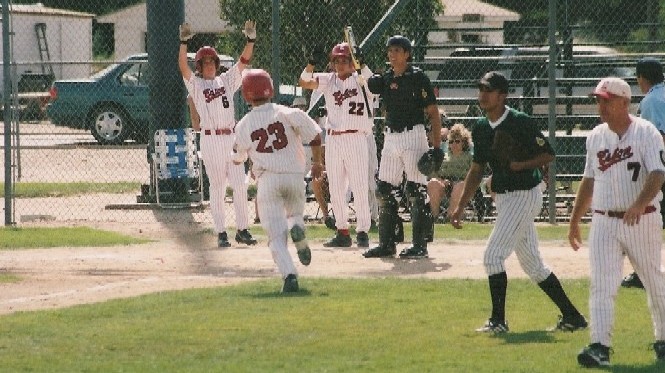 Game Highlights: As the only undefeated team left in the tournament, a win in this game would give the Reds the Title, but the Reds fall behind early and keep having to play catch-up from being down 2-0 to 4-3 to 6-5 to 10-8 and end up failing to ever take the lead. Pueblo celebrated after the game as if it had won the Championship, which it had not, and would be decided the following day in a winner-take-all battle.

Game Highlights: After falling behind 1-0 in the top of the 1st inning, the Reds come back with a run of their own in the bottom of the inning to tie up the game. Then after Hungenberg set down Pueblo in the top of the inning, the Reds come back and score 6 runs in the bottom of the 2nd inning to take a commanding lead highlighted by a 3-run double from Anderson. Dominguez also doubles and knocks in 2 RBI and Walker and Kelly knock in runs in the 2nd inning as well. Hungenberg then cruised from there scattering just 5 hits throughout the game and recording 6 strikeouts. Hungenberg and Nation collided trying to record the final out of the game, but after shaking off that collision, Hungenberg struck out the game's final batter to win the State Championship. 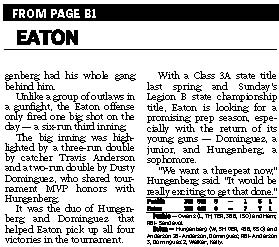 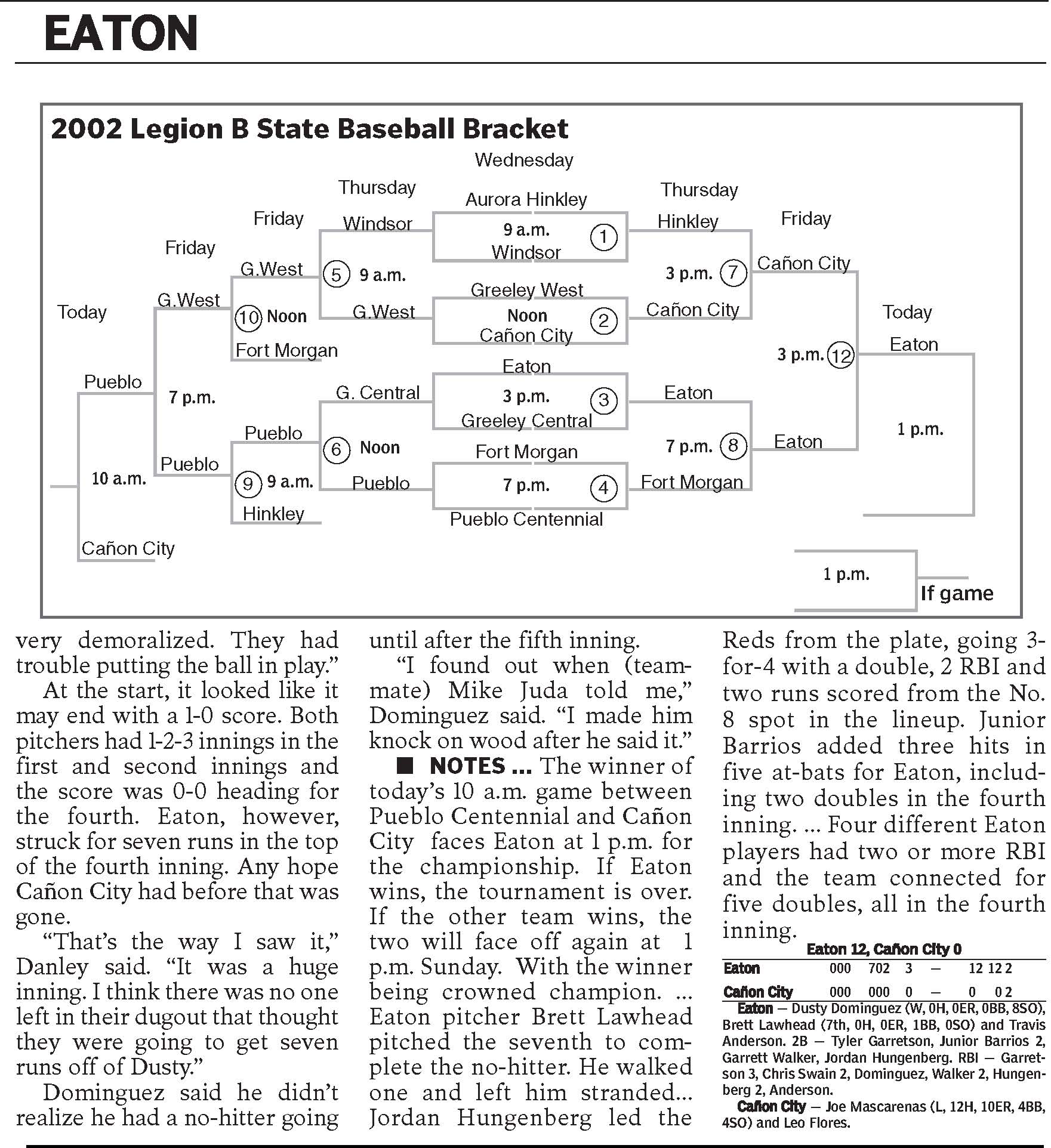 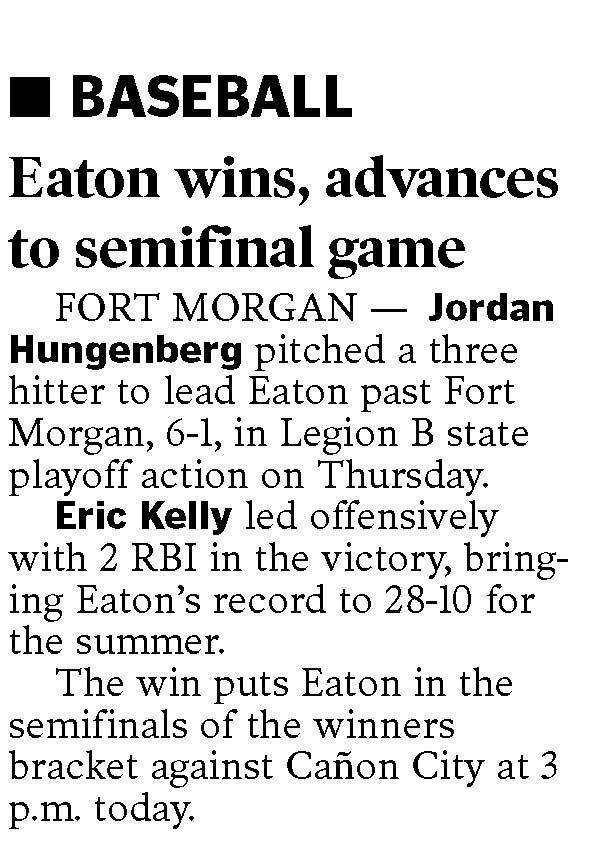 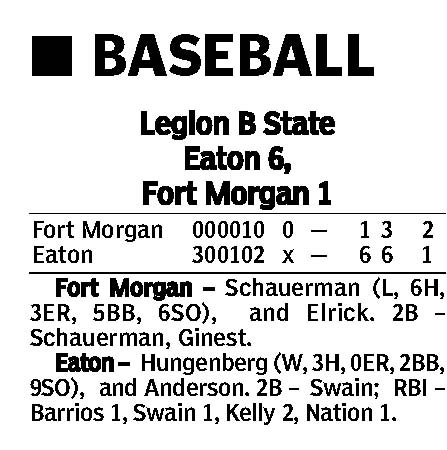 Two Titles in One Year 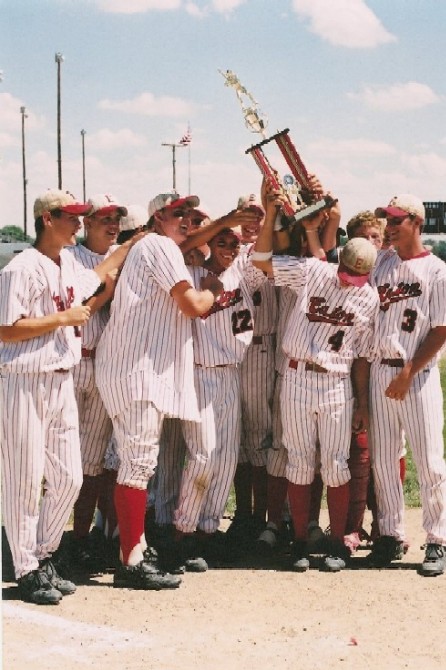 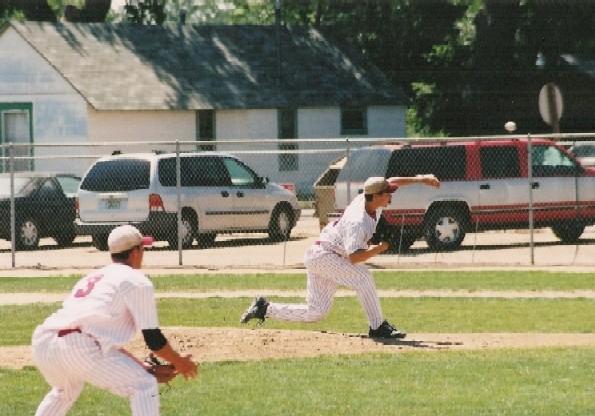 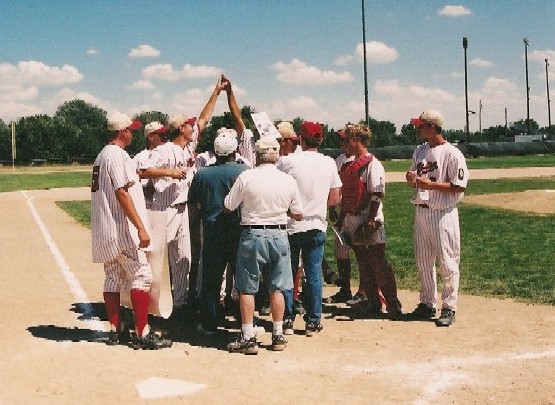 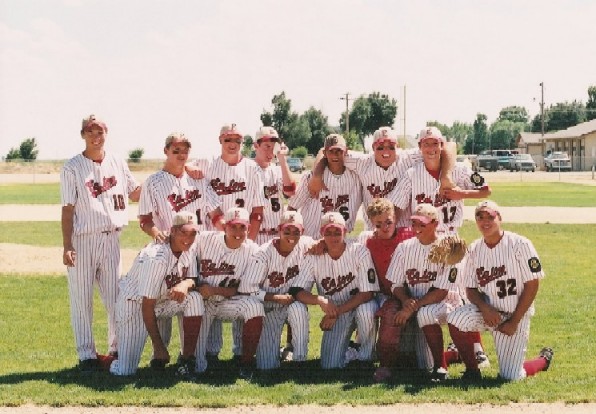