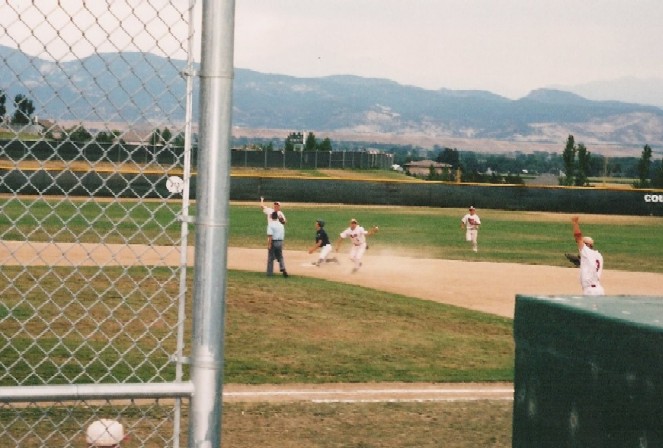 Districts: The Reds advanced to the District Championship Game thereby qualifying for the State Tournament.

Game Highlights: Nation hits for the cycle, and Myatt knocks in 6 RBI, as the Reds explode for 14 runs on 14 hits, turning a 7-7 tie game after 5 innings into a big win with 7 runs scored in the top of the 6th inning. Dyer pitches the complete game giving up 8 hits and 2 walks. After trailing 2-0 going into the 2nd inning, the Reds score 5 runs to take the lead and would never trail again.

Game Highlights: The Reds are down 7-4 after 4 innings when the game is postponed due to darkness, and then the following day the Reds are beaten badly by Evergreen and this loss forces the Reds to play back through the loser's bracket in hopes of getting to the title game and then defeating Evergreen twice at that point.

Game Highlights: The Reds score two runs in the top of the first inning and maintain the lead throughout the game by adding a run in the 5th inning, another in the 6th inning and two more in the 7th inning. Jansson scatters just 4 hits through 5 innings in picking up the win, and Dominguez comes in to close out the game allowing just one hit in the final two innings. Dominguez leads the Reds at the plate as well going 4-for-4 with an RBI, Anderson also knocks in a run, and Noblitt knocks in 2 RBI.

Game Highlights: Hood picks up a complete game win scattering 8 hits and only allowing one earned run and no walks as Myatt doubles and knocks in 3 RBI, Dominguez triples and knocks in a run, Noblitt picks up 2 hits and Walker picks up 2 RBI as the Reds score the final 7 runs of the game after having a tied game at 2-2 after three innings and 4-4 after four innings.

Game Highlights: Hungenberg gets a complete game win with 10 strikeouts and scatters just 7 hits and allows only 2 earned runs as the Reds' offense mounts a first inning comeback from a 2-0 deficit to score 3 runs, and then adds two runs in both the 2nd and 3rd innings, and then explodes for a 5-run 4th inning to put the game out of reach. Nation leads the Reds at the plate with a triple and 3 RBI, while Dominguez, Noblitt, Anderson and Dyer each pick up an RBI as well. The Reds took advantage of 7 errors by Greeley West. 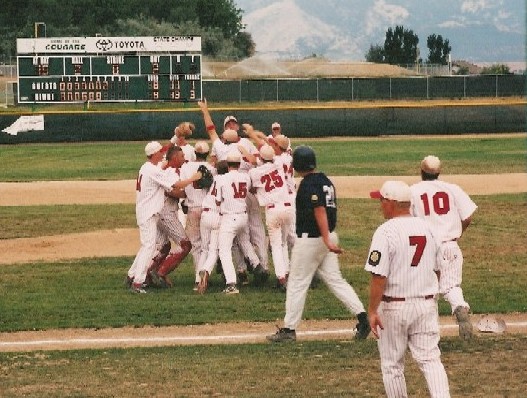 Game Highlights: Dyer pitches well through 4 innings and earns the victory as he gives way to Dominguez in the 5th inning with a 4-3 lead. Dominguez then allows just two hits the rest of the way, and the Reds play flawless defense throughout the game. Offensively, the Reds have doubles hit by Dominguez, Noblitt, Carlson, Stout, and Anderson, while Dominguez, Noblitt, and Carlson each pick up 2 RBI along with 1 RBI from Nation and Hungenberg. Had the Reds lost, then Evergreen would have been the State Champions, but now that each team has one loss (to one another), the State Championship will be decided the following day in a winner-take-all battle.

Game Highlights: Hood shuts down Evergreen through the first two innings as the Reds take a 3-0 lead, but then gives way to Dominguez as Evergreen picks up 3 runs to tie it in the 3rd inning, and then pick up another 3 runs in the 4th inning to take a 6-3 lead over the Reds going into the bottom of the 4th inning. The Reds then bat through the lineup and score 6 runs led by a 2-run double by Noblitt to take a 9-6 lead that Dominguez would hold onto despite giving up 2 runs in the top of the 7th inning, Dominguez then shuts down any chance at a comeback picking up his 4th strikeout in relief. Noblitt hits 2 doubles and Walker and Dyer double as well, and clutch hitting by Noblitt with 3 RBI, Dominguez and Hungenberg with 2 RBI, and Walker with an RBI propel the Reds to a comeback win to sweep the Reds' 5th straight win in the tournament and earn another State Championship. This completed the 2nd straight year in which the Reds won both spring and summer State Championships. 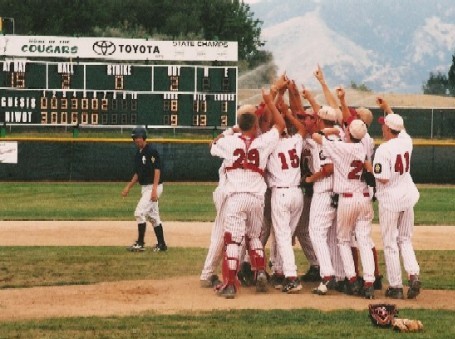 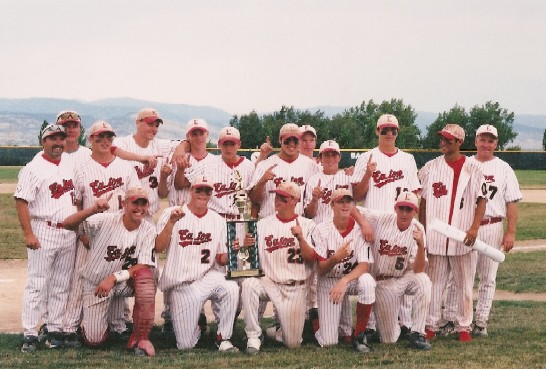 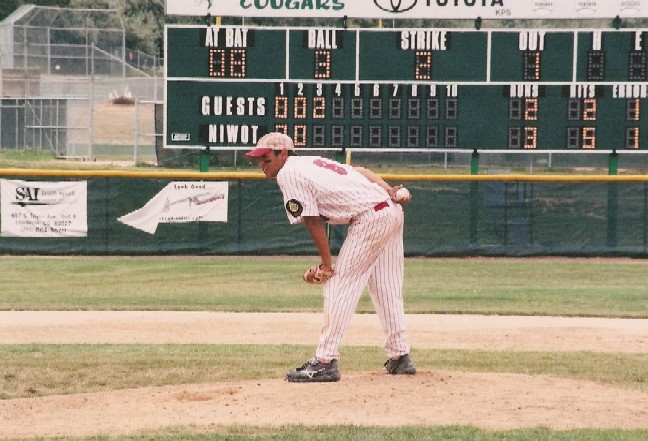 Groundout to 2nd Base with Potential Tying Run on Base 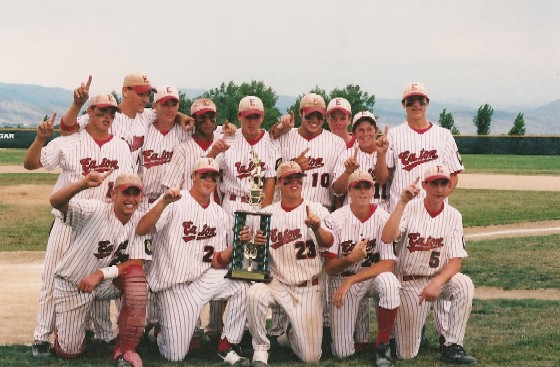 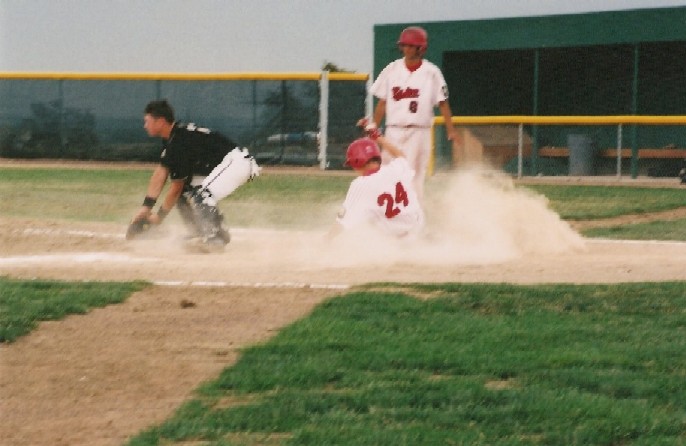 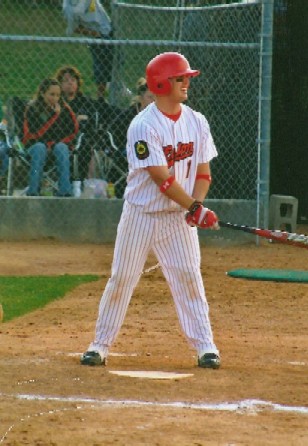