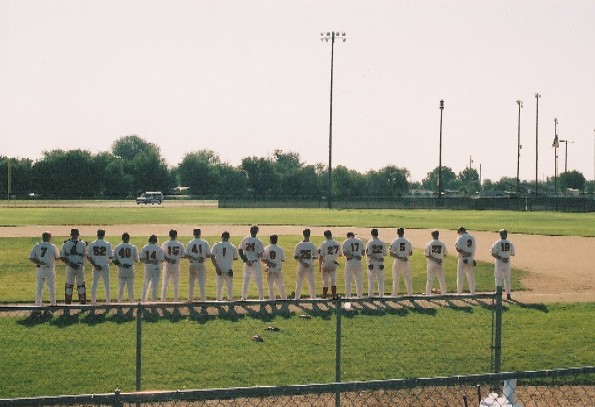 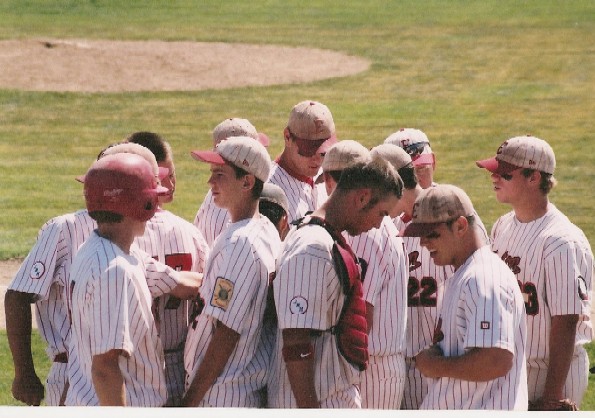 Game Highlights: Carlson hits a solo home run but the rest of the offense on the day comes from Boulder, this loss forces the Reds into the loser's bracket, where they will need to win 6 straight games in order to win the State Championship now.

Game Highlights: The Reds defeat La Junta to once again end their season after having done so in the 2001, 2003, and 2004 Spring State Championship games as well, this time by coming back from a 6-2 deficit in the 5th inning with 5 runs scored, led by a double from Stout followed by singles from Myatt, Carlson, Noblitt, Hungenberg and Monfort. 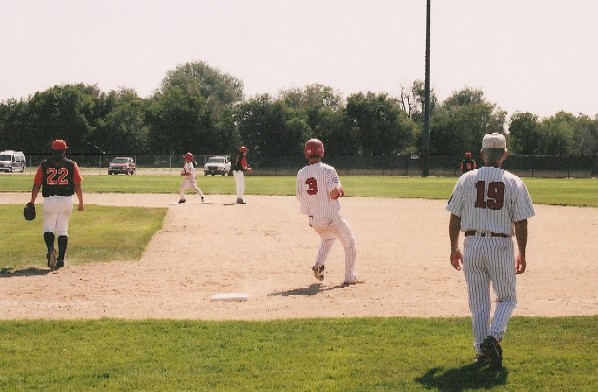 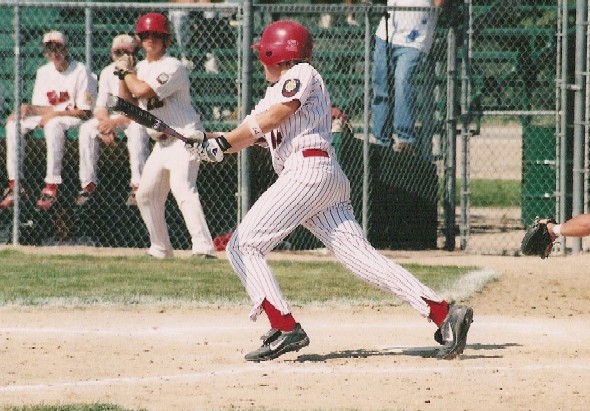 Game Highlights: The Reds start 8th grader Ottoson and he throws a complete game 4-hitter, striking out 9 batters, while the Reds offense scores 6 runs in the first two innings led by Nation with three hits in the game, and Anderson and Hungenberg with a double and single each.

Game Highlights: The Reds only pick up 3 hits in the game, but these hits by Hungenberg, Monfort and Nation are enough to produce a close victory. 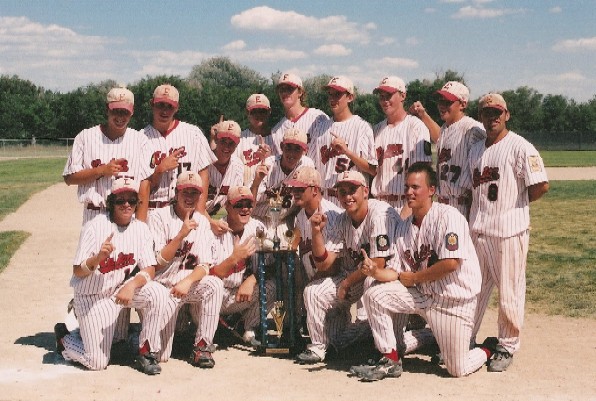 Game Highlights: The Reds come into the game having to repeat exactly what they did a year ago, which is to beat Evergreen twice in a row in order to claim the Championship, a loss in either game would give Evergreen the Title, but Hungenberg hits a grand slam to give the Reds a commanding lead and throws a one-hitter at Evergreen to force one more game between the teams.

Game Highlights: The Reds get behind early as the first four batters in the top of the 1st inning all reach base and score for Evergreen, but then Dyer strikes out the next two batters and third baseman Myatt snags a line drive to end the inning, the Reds then immediately come back with two runs from Noblitt and Myatt in the bottom of the 1st inning off of hits from Carlson and Stout, Dyer then retires the side and scatters just three hits the rest of the way while Hungenberg knocks in Noblitt in the 3rd inning to cut the deficit to one run, and then in the 4th inning Nation walks, Kruse, Monfort, and Anderson single, Myatt doubles, and Hungenberg hits a two-run home run to increase the Reds' lead to 9-4 before then adding 3 more runs in the bottom of the 6th inning off of a walk by Stout, hit by pitch for Nation and singles by Monfort and Anderson to put the game completely out of reach.

Note: These 6 straight wins in the face of elimination in the 2004 Legion B State Tournament increased the Reds' consecutive victory in win-or-go-home elimination games to 28 games, with the streak dating back to Spring 2002. This remarkable streak would continue into Spring 2005 to reach 33 straight victories in must-win battles. 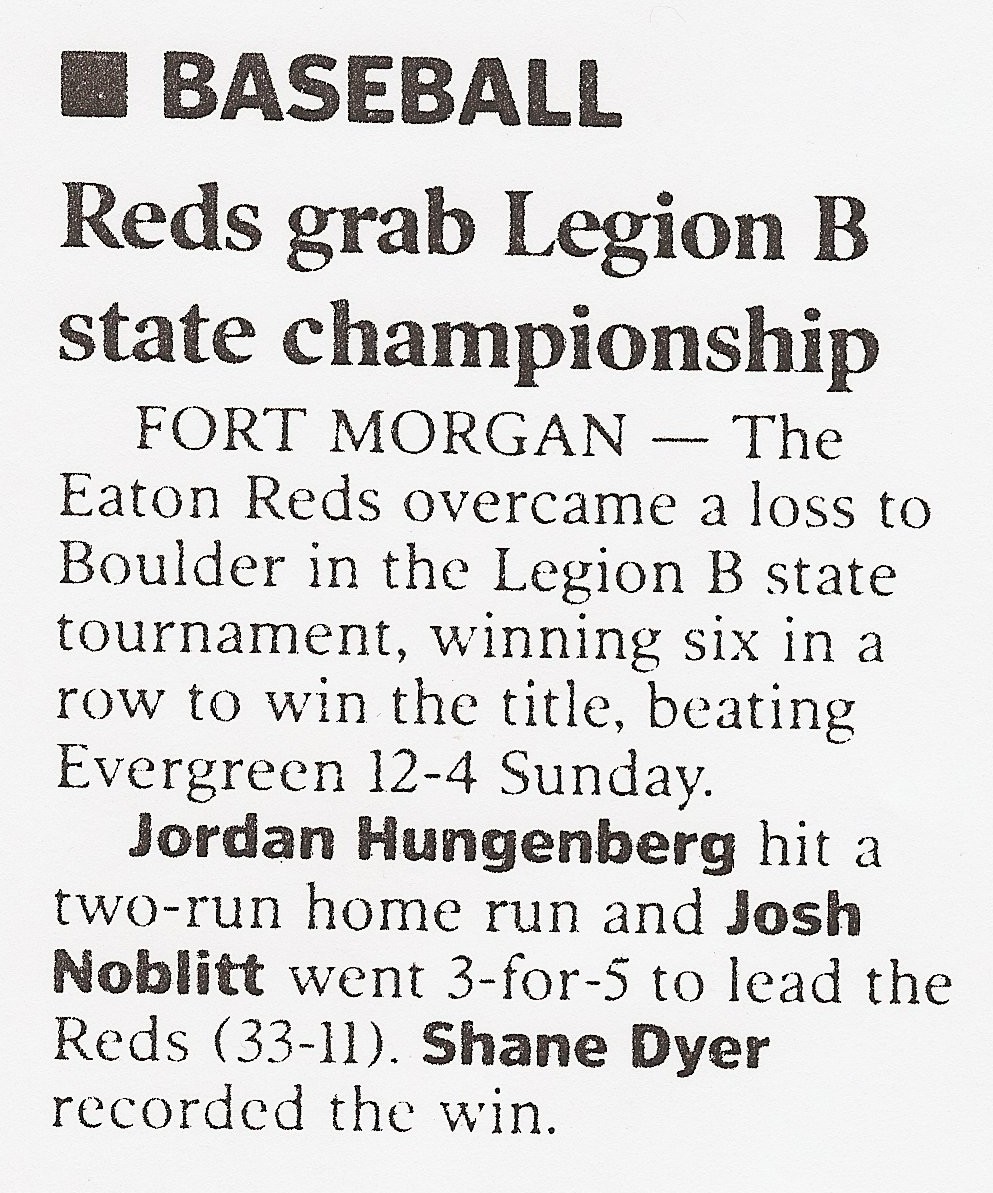 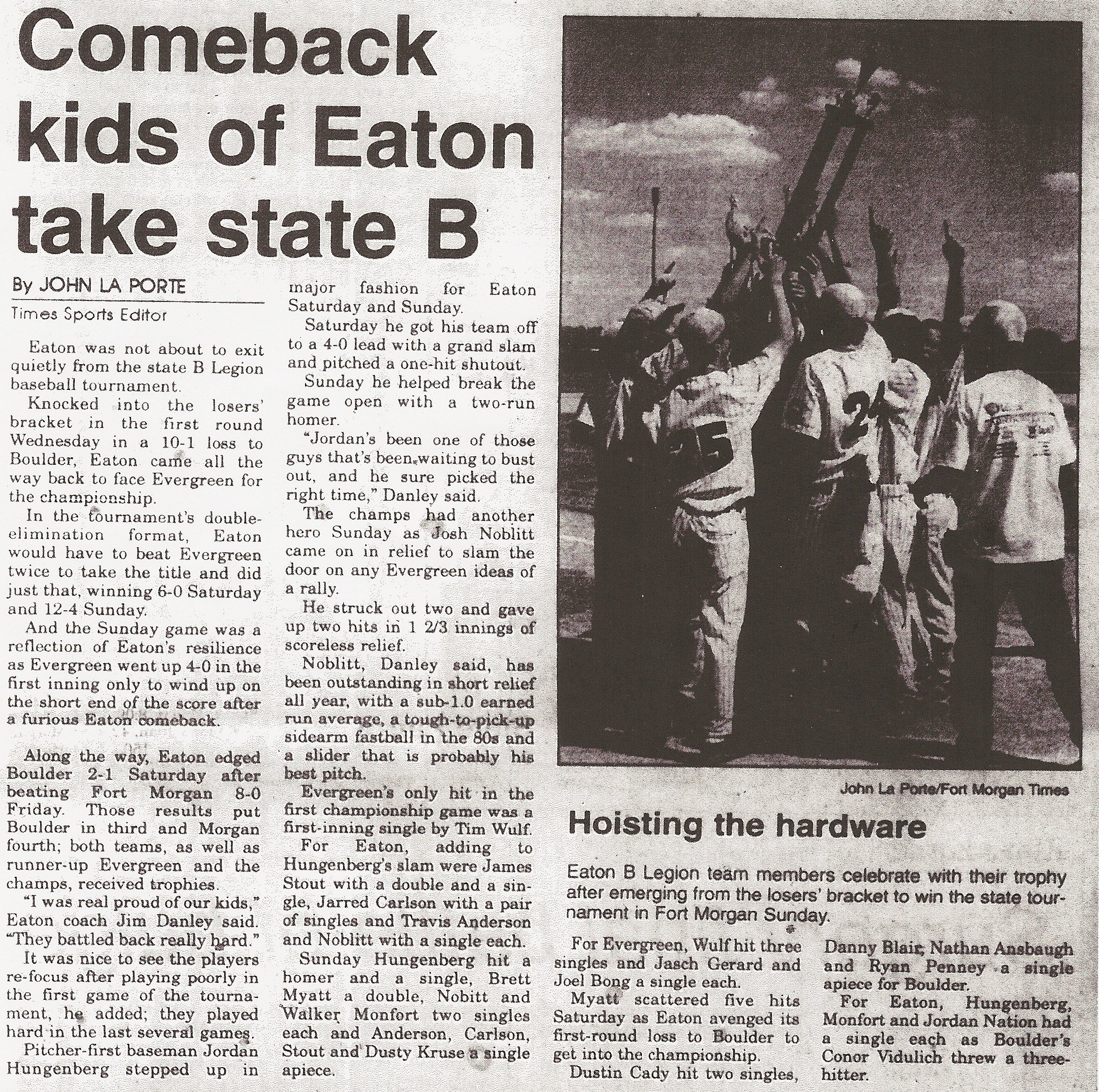 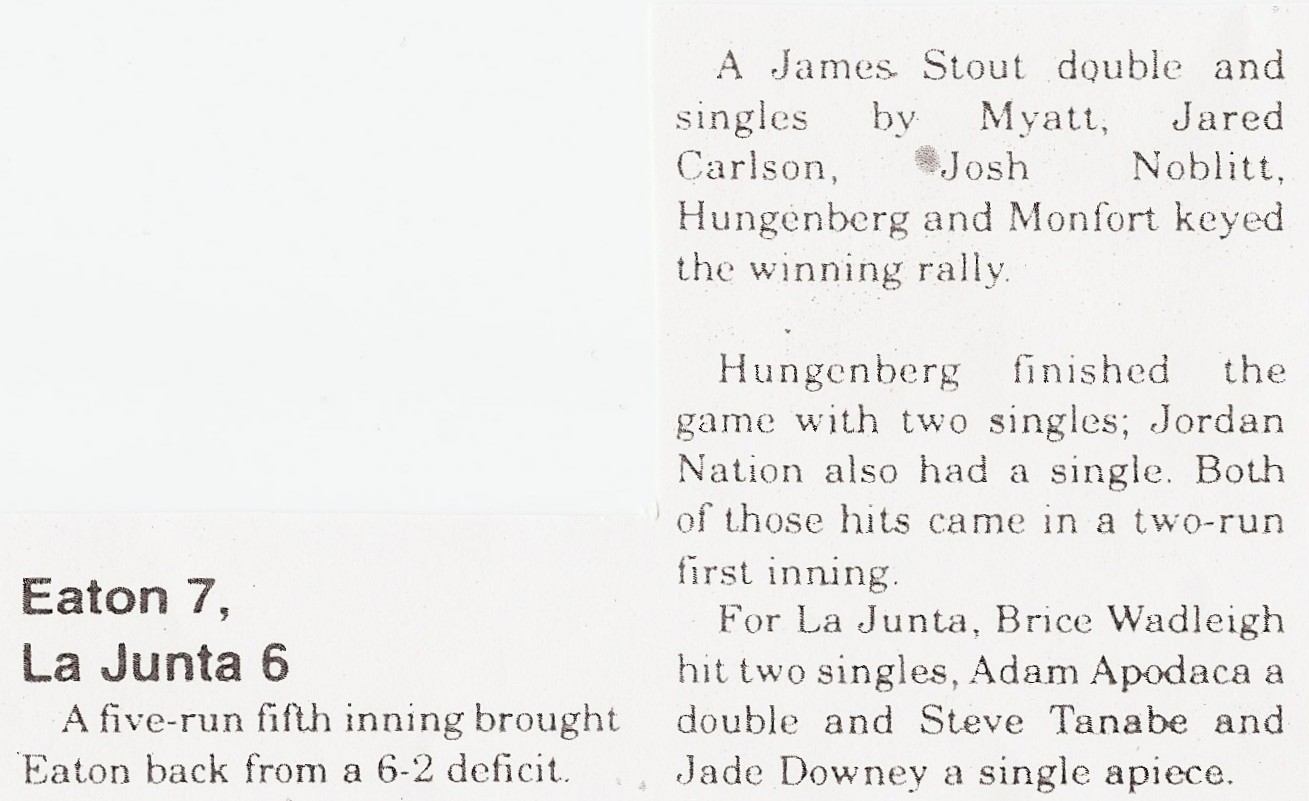 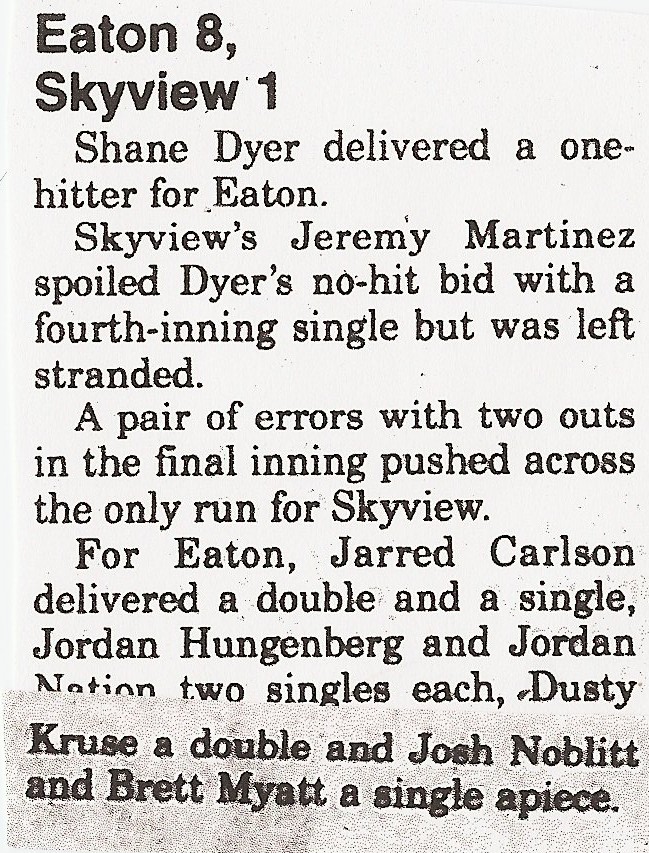 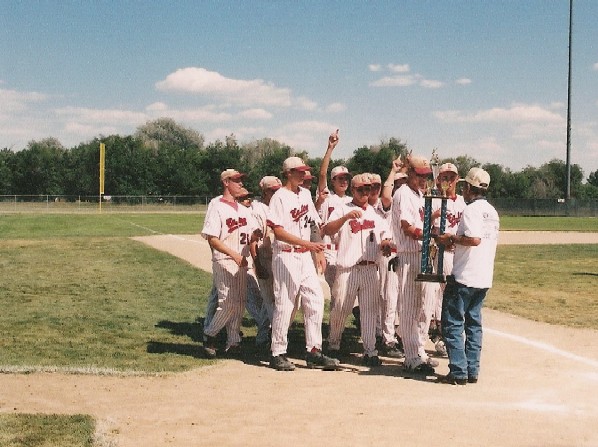 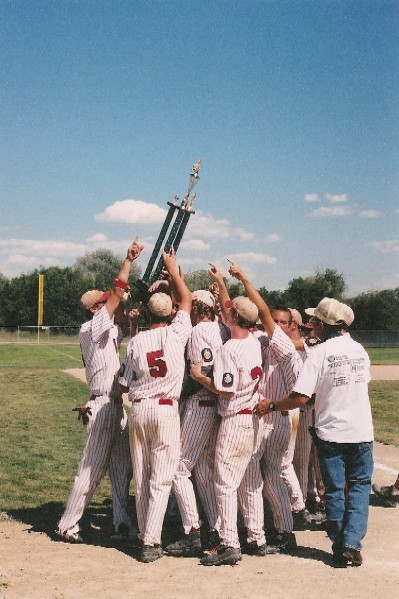 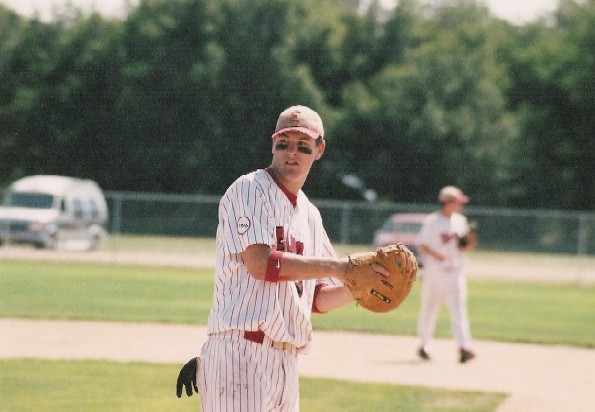 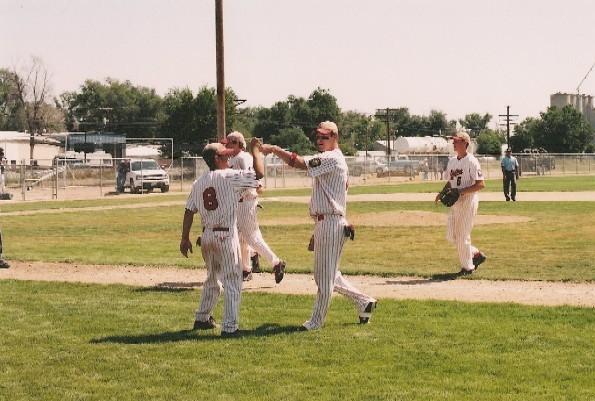 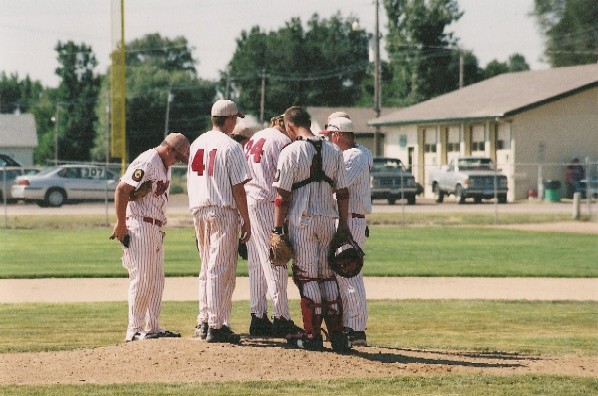 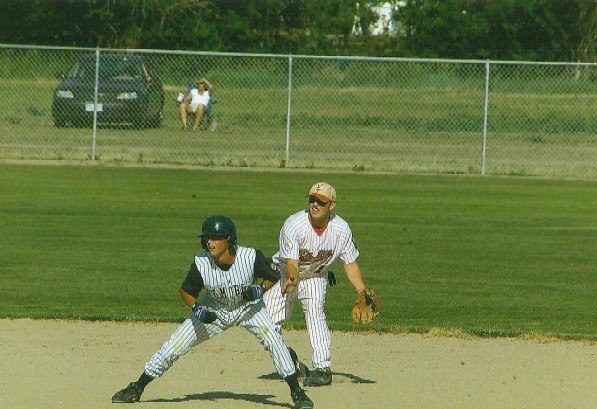 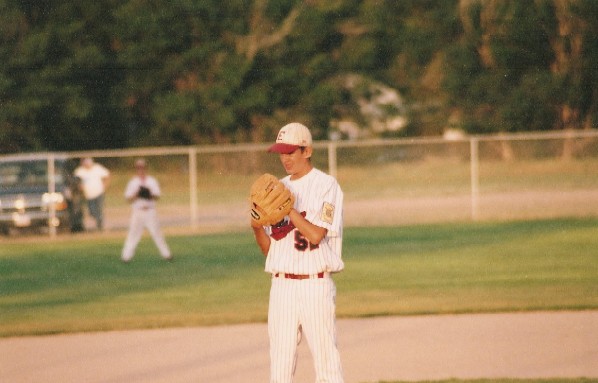