Game Highlights: Jake Nelson singled and scored on a Colton Lind 1st inning double, before Nelson threw a scoreless no-hitter through the first two innings. The Reds then opened up the game in the 3rd inning, with a two-out rally that scored 7 runs, with Matt Burkart singling in Nelson, then Lind and Koehler singled, before Bryce Dyer tripled, Brady Tedesco singled, Caleb Johnson walked, Joe Mondragon singled, and Nelson singled to give the Reds an 8-0 lead. Boulder scored 3 unearned runs in the bottom of the 3rd inning, before the Reds opened up the floodgates with another 7 runs led by a Burkart double, and hits by Dyer, Tedesco, Joe Mondragon, and Lind. After a rain delay, Jake Mondragon threw two scoreless innings to complete the 15-3 win.

Game Highlights: Ryan Koehler reached base to lead off the 2nd inning, and scored after a two-out hit by Lane Greiman and double by Joe Mondragon. Koehler held Mountain Range to one run through 4 innings, sending the game tied into the 5th inning. Joe Mondragon then singled, Jake Nelson singled, and then with two outs and runners on 2nd and 3rd base, Colton Lind was intentionally walked to load the bases, before Koehler hit a 2-RBI single on an 0-2 pitch, Dyer then reached base and Tedesco singled as the Reds took a 6-1 lead. Koehler then retired the side in the bottom of the 5th inning, before the Reds added 3 runs in the 6th inning behind a hit from Joe Mondragon, triple from Jake Mondragon, single by Matt Burkart, and double by Lind. Greiman then took the mound in relief in the 6th inning and completed the 9-2 win.

Game Highlights: With two outs in the 2nd inning, the Reds rallied with doubles from Bryce Dyer and Brady Tedesco, Greiman reached base, Joe Mondragon hit a 2-run single, Jake Nelson walked, and Jake Mondragon singled to give the Reds a 5-1 lead. Holding a 5-4 lead going into the 5th inning, Burkart led off with a home run, Lind singled, Ryan Koehler singled, Dyer reached base, and Tedesco knocked in Lind. Greiman then retired the side in order in the 5th inning, before Lind increased the Reds' lead to 8-4 singling in Nelson with two outs in the top of the 6th inning. Mountain Range added a run to close within 8-5, before Tedesco walked, Greiman singled, Joe Mondragon doubled, and Jake Mondragon hit a 2-run single to give the Reds an 11-5 lead. Burkart then took the mound in the bottom of the 7th inning and retired the side to complete the State Championship victory. 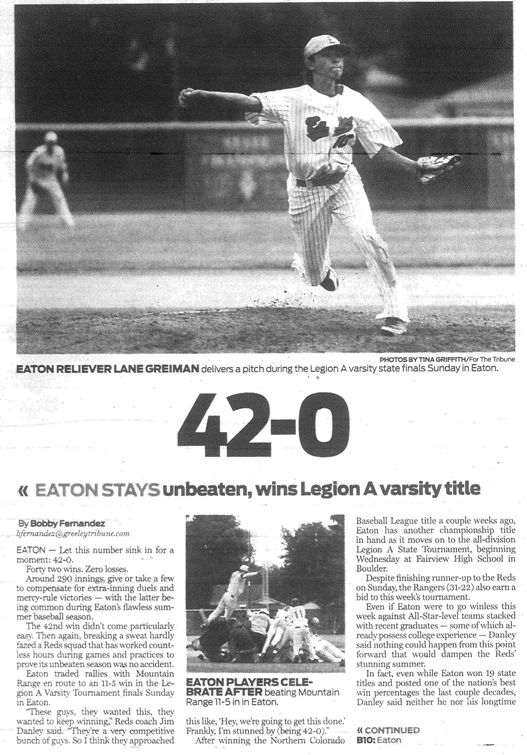 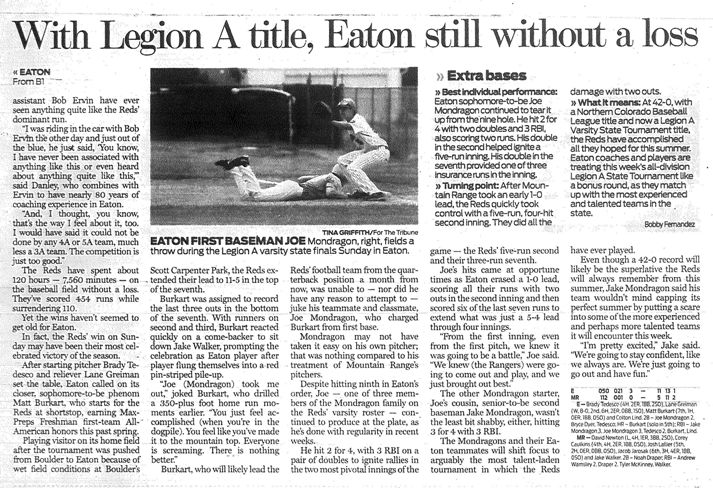 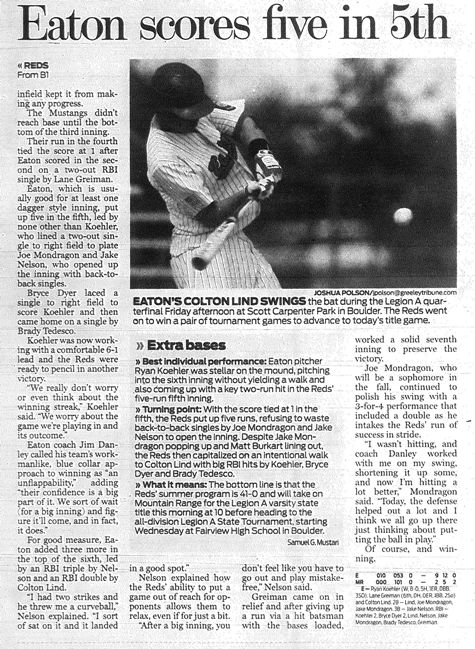 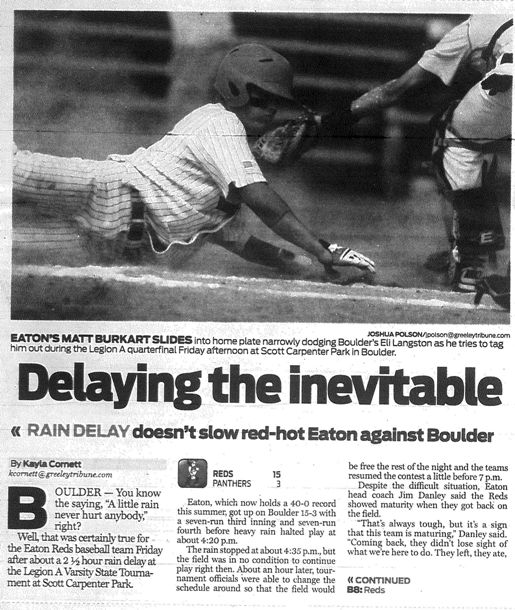 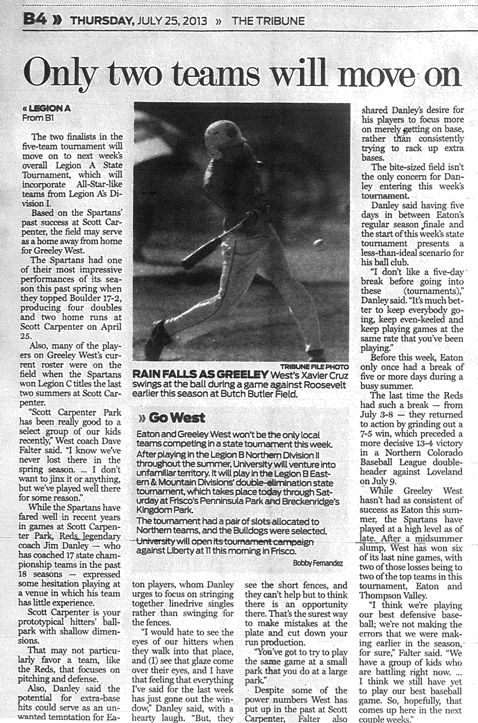 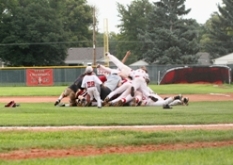